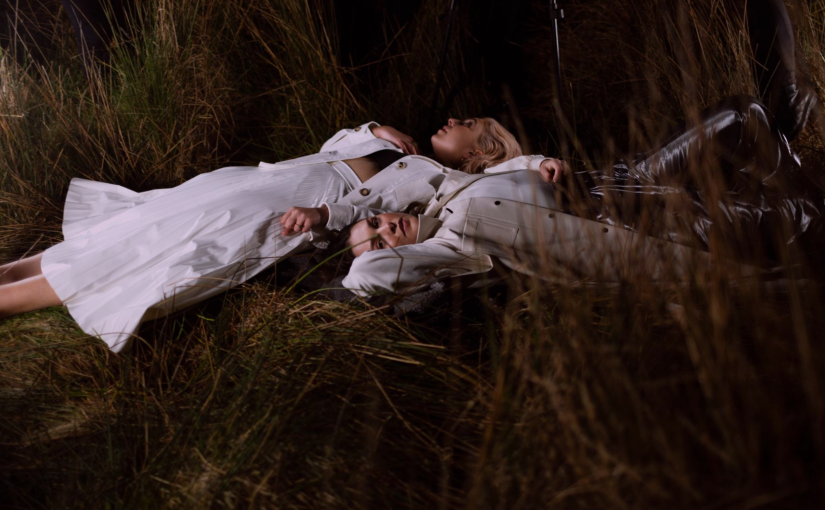 Like many people in Ireland, I always had a plan should the worst happen, should I become unexpectedly pregnant. My friends and I would go to the UK — London or some other big city — and have a girls’ weekend so I could just tell my Catholic parents I was travelling instead of getting an abortion.

Thankfully I never had to put the plan in action, but so, so many on our island have over the years. They’ve had to deal with stigma, trauma, and so many other shitty side effects of the puritanical, patriarchal agenda pushed by the Catholic Church and politicians.

Three years ago today, the referendum to repeal the Eighth Amendment passed in a landslide victory, finally giving people with uteri in Ireland access to abortion. It was an emotional time for so many, including songwriter Morgana MacIntyre and harpist/arranger Gemma Doherty, who make up Saint Sister. In the lead up to the referendum, the pair were inspired to write “Manchester Air,” an account of a young couple who, like so many before them, travel to Manchester to have an unwanted pregnancy terminated. “From the back of your bike I told you I was late / You said ‘I can’t go much faster’ / I said ‘No not like that,’” they sing. The lyrics are simple and heart wrenching, made all the more impactful by the duo’s soulful vocals.

The track is by far the most trad-inspired of the singles released from their forthcoming album Where Should I End, out on 25 June. MacIntyre says it “harks back to the old Irish ballads of leaving home, the constant tramp of the Irish across the water.”

A low drone builds in the background, growing more uplifting as the song continues — much like how slowly over time, things have begun to look brighter for people across Ireland. Boot stomps and claps make you feel like you’re in a pub, emphasising the communal pain experienced by Irish people over the years thanks to draconian laws. “Manchester Air” invites us to gather and share our stories, because only that way can we begin the long, continuous process of healing.

“Writing this song felt like a cry for help,” the band says of the song. “The weekend the results came through we celebrated by screaming into the sea, feeling the weight of it all wash off us. We performed the song for the first time on Inis Oírr island that weekend and it no longer felt like a cry for help, but rather a cry for every woman who was betrayed by the state and simultaneously a cry of relief, a nod to the future.”

Watch Saint Sister sing “Manchester Air” against the backdrop of Dublin Bay — a point of departure for so many who went to the UK for basic healthcare — below.